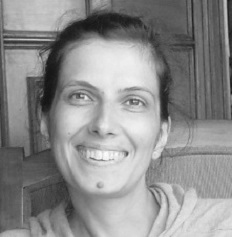 Isabelle Saint-Mézard (PhD) is a lecturer in the Geopolitics of Asia at the French Institute of Geopolitics, the University of Paris VIII. She was formerly an analyst on South Asia at the Directorate for Strategic Affairs of the French Ministry of Defence (2006-2011). She was also a research fellow on the China-India Project at the Centre of Asian Studies/ Institute of Humanities, the University of Hong Kong (2003-2006). She holds a Ph.D. in international relations from the Institut d'Etudes Politiques de Paris.

Her research interests are mostly about South Asian geopolitics, with a special focus on India’s strategic and security issues. She also teaches at the Institut d’Etudes Politiques in Paris, as well as INALCO.