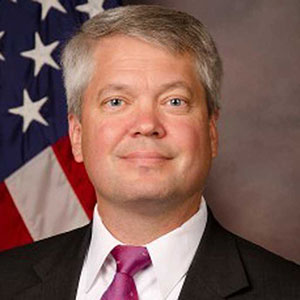 Dr. Roger Kangas is the Academic Dean of the Near East South Asia Center for Strategic Studies of the U.S. Department of Defense, located in Washington, DC.  Prior to becoming a faculty member at the NESA Center in 2007, Dr. Kangas served as a Professor of Central Asian Studies at the George C. Marshall Center for European Security in Garmisch-Partenkirchen, Germany; Deputy Director of the Central Asian Institute at the Johns Hopkins University’s Paul H. Nitze School of Advanced International Studies (SAIS) in Washington, DC; Research Analyst on Central Asian Affairs for the Open Media Research Institute (OMRI) in Prague, Czech Republic; and Assistant Professor of Political Science at the University of Mississippi.

Dr. Kangas has been a consultant to the U.S. Department of Defense Combatant Commands, NATO, the US Air Force Special Operations School, U.S. Department of State, and other US government agencies, as well as several non-governmental organizations on issues relating to Central and South Asia, Russia, and the South Caucasus. He is also an Adjunct Professor at Georgetown University, an Associate Fellow at the International Institute for Strategic Studies (UK), and on the Advisory Boards of the Caspian Policy Center (Washington, DC) and the Near East Policy Forum (Canberra, Australia).