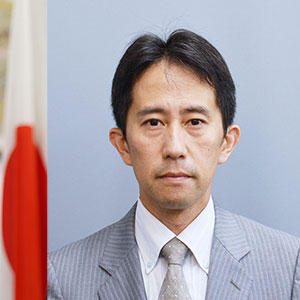 Mr. IWAMOTO Keiichi is the Deputy Director-General, Southeast and Southwest Asian Affairs Department, Ministry of Foreign Affairs of Japan. He was the Minister, Embassy of Japan in the Lao PDR in 2019 and Director, First China and Mongolia Division, Asia and Oceania Affairs Bureau in 2017. In addition, he served as the Director, Economic Partnership Division, Economic Affairs Bureau and Negotiator, TPP Headquarters, Cabinet Secretariat in 2015. He served as Counsellor, Embassy of Japan in the People’s Republic of China in 2010.