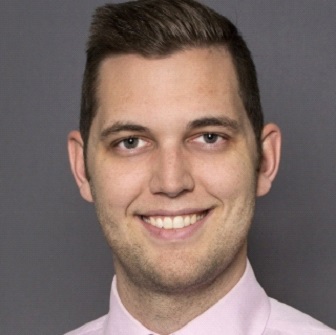 Sam is a PhD candidate and research officer at the ANU National Security College. He joined the ANU in 2016 and the National Security College in April 2018. His research engages with Indian Ocean security issues, with a focus on the past, present and future of the Chagos Archipelago (British Indian Ocean Territory). He also supports the NSC’s Indo-Pacific Strategy: Undersea Deterrence Project and the Indo-Pacific Strategy: Indian Ocean Project.

Sam completed his Master of National Security Policy degree in July 2020 and received an ANU Professional Staff Scholarship and the National Security College Award. He was most recently Course Coordinator in the NSC Professional Studies team, and Project Officer in the Strategic Partnerships and International Office at the ANU College of Asia and the Pacific. Prior to joining the ANU, Sam interned at the Jakarta Globe newspaper in Indonesia, worked at the Sydney Southeast Asia Centre at the University of Sydney, and at the Attorney General’s Department. He completed his honours degree in Indonesian Studies at Monash University and undertook an ACICIS flexible immersion program at Gadjah Mada University in Yogyakarta. During his studies, Sam was awarded an Anne Wallace Memorial Travel Grant, as well as a Victorian Government Hamer Scholarship.