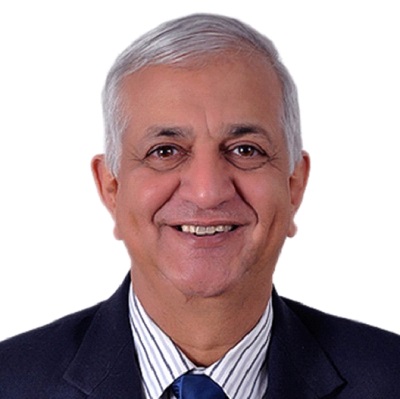 Expert
Director General National Maritime Foundation
An alumnus of the National Defence Academy, the Defence Services Staff College, the Naval War College, and the National Defence College, with BSc, MSc and MPhil degrees under his belt, Vice Admiral Pradeep Chauhan, AVSM & Bar, VSM, is currently the Director-General of the National Maritime Foundation, New Delhi, which is India’s foremost resource centre for the development and advocacy of strategies for the promotion and protection of India’s maritime interests.

The admiral retired on 30 November 2013 after an illustrious, rich, and varied four-decade-long career in the Executive Branch of the Indian Navy. This included a stint in Antarctica, as also a three-year deputation to the Government of Mauritius, where he set up and commanded the Mauritius National Coast Guard. His sea-going service incorporates as many as four command-appointments. After doing the 42nd NDC, he was the Principal Director of National Operations and thereafter went on to command the Indian Navy’s sole aircraft carrier of that period, the Viraat. As a Rear Admiral, he was the Navy’s first Assistant Chief of the Naval Staff (Foreign Cooperation & Intelligence), where he conceptualised and executed the Indian Ocean Naval Symposium (IONS). As a Vice Admiral, he has been Chief of Staff of the Western Naval Command; and was, in his last naval appointment before retirement, the Commandant of the Indian Naval Academy (Ezhimala). He has been commended three times by the President of India for sustained distinguished service. Not one to rest on past laurels, he has remained active even after retirement and is a much sought-after thought-leader and leadership mentor. Apart from being on the visiting faculty of the higher-command establishments of all three of India’s defence services, as also tri-Service establishments such as the College of Defence Management, Hyderabad and the National Defence College, New Delhi, he has also been advising the government through his interaction with the Integrated Headquarters of the Ministry of Defence (Navy), the Ministry of External Affairs, and the National Security Council Secretariat. He is, in addition, a prolific writer with over 95 published professional articles and papers, and, a respected Adviser and Fellow of several important think-tanks